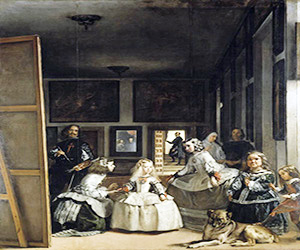 A video recording of this tutorial is available: video

Create or more FrameMaker documents in which you do the following steps.

When documenting new products, variable text is essential. The names of products often change several times and are often not established until weeks before a release. Variables allow you to change product names quickly and consistenly across several documents.

FrameMaker provides a default set of system variables, such as dates and file names, and the ability to create user variables. This section discusses user variables.

The best way to manage user variables is to create them within a template for your documentation library. Each document within your library should be based on this template; for more information about templates, see Templates.

In this exercise, you create a user variable within a template.

The Save Document dialog box should appear similar to the following: 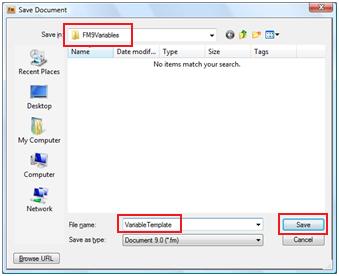 The file name is shown in the upper left-hand corner of your document window as follows: 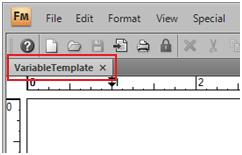 You can now create a new document from your template and insert the variable:

To change a variable definition:

Once you change a variable definition, you must import it into other documents in your library.


Your document window will appear as follows: 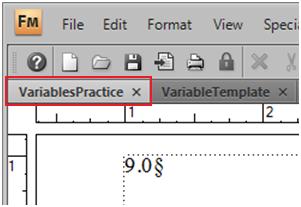 Conditional text enables you to support two or more versions of a document using one set of files. For example, if you create a document that supports two versions of the same product, you can apply condition tags to the text that differs between the products. When you release the document, you show or hide the text based on the condition tags.

This procedure describes how to create your own conditional tags and edit existing tags.

After you create the condition tags, you must apply them to the text:


After the condition tags are applied to the text, your document window should appear similar to the following: 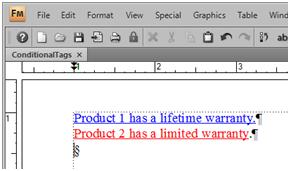 After you apply the condition tags, you can show or hide the text:

Adobe FrameMaker Help Archive. PDF or HTML, 2019 appears to be the most recent edition. 900+ pages.

FrameUsers.com. Has a forum subscription.

FrameMaker LinkedIn Group.. Have to request to join.